Background artwork and image animation is also a part of a music composition. Artworks are made by different techniques, usually a template / pose image used and modified with different application as Corel draw, Corel Painter, Painter 5, Krita, Gimp and hand painting with touch sensible drawing tablet. Below a typical result can be seen.

A new ambient / relaxing music track with female vocal was released (2019 dec) - Ethereal Wisdom
Below is a screen of the favorite DAW - Zynewave Podium and music production arsenal for recording and mixing this music. The image on the right is the background artwork. See more at RELEASES page 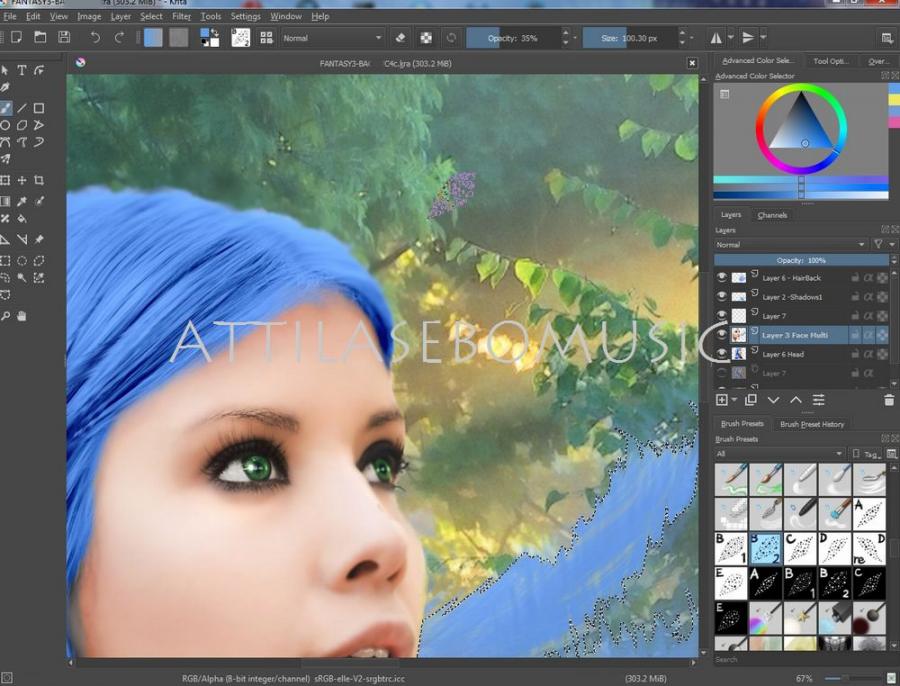 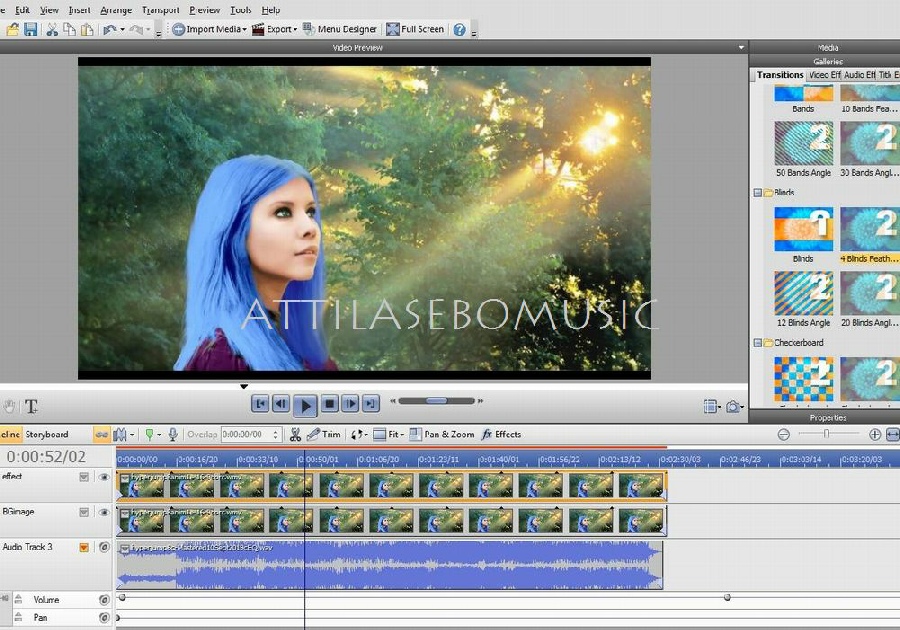 A new music track was released (2020 April) - Adventures
Below is a screen of creation  and mixing of this music.  Music MIDI tracks were recorded in Zynewave Podium DAW and audio tracks were processed and finally mixed in Harrison Mixbus This music features combined ambient, cinematic elements and female vocal.  See more at RELEASES page : Adventures

Adventures II.  was mixed in Harrison Mixbus and MIDI recording was made using Zynewave Podium DAW. Audio tracks from Podium are transferred into Mixbus for mixing. Level monitoring and part of audio tracks can be seen in the image above.   See more at RELEASES page : Adventures II

Beyond the Forgotten Land
New composition by Attila Sebo. This composition features custom designed sounds also. I did not want to follow the conventional path of epic music creating and “schemes”.   The main goal was to create musically appealing yet simple but different composition with my “signature sounds” . A short screen video can be seen here about recording MIDI tracks of the beginning of this music. Later the recorded tracks transferred into Harrison Mixbus DAW for audio mixing, similar as can be seen below on image 2. Later I am going to share here more details.   (Updated: 08 jan. 2021)